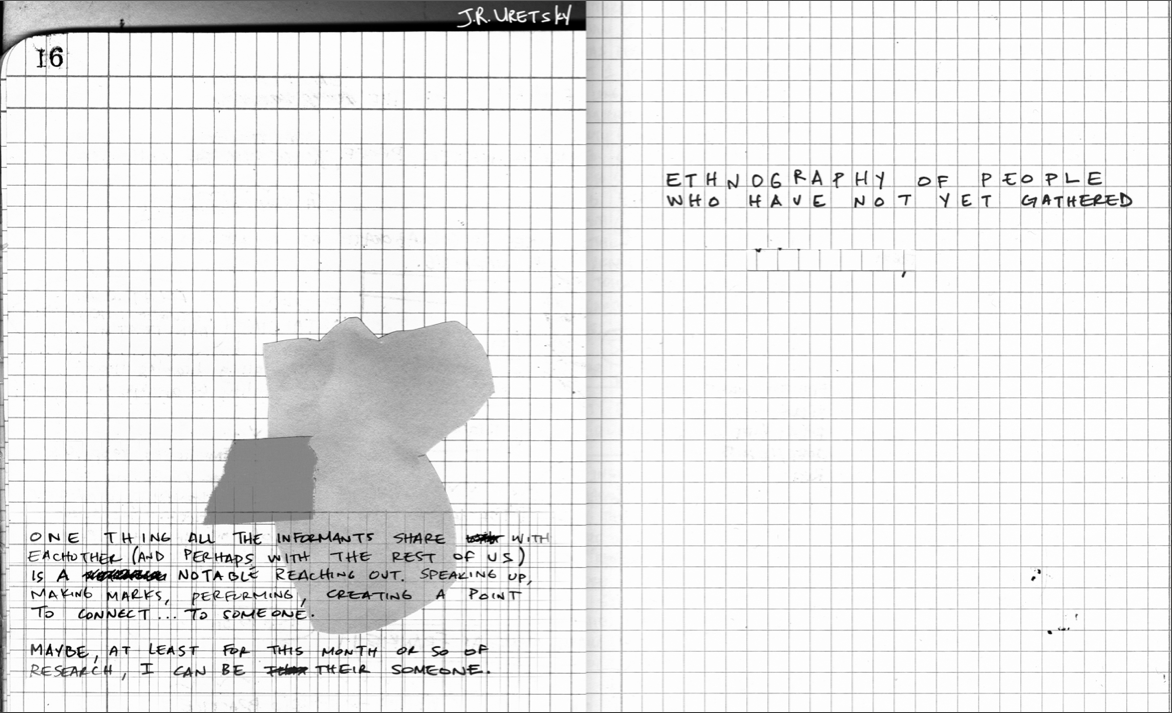 In 2014 I was invited to make a new work for a show called Forced Collaboration II, curated by Jacob Rhodes at Artspace New Haven. A dozen artist were asked to make new works and then trade their works with another artist of Rhodes choosing. My project, Ethnography of People Who Have Not Yet Gathered, was the result of a fake ethnographic study of all of the other artists in the exhibit. Drawings and fictional field notes were recorded in a notebook and eventually turned into a zine. I also created objects that were “found” at field locations. As the project unfolded, the relationship between ethnographer and informants (individuals being studied) became blurry, idealized and obsessive. 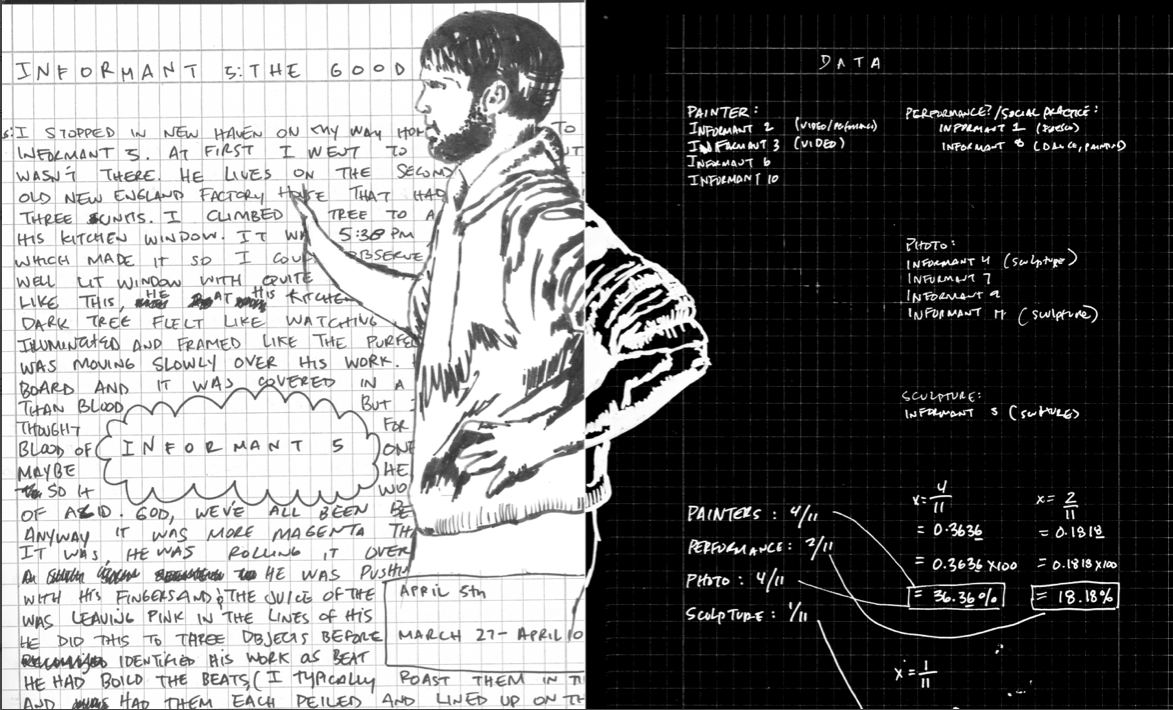 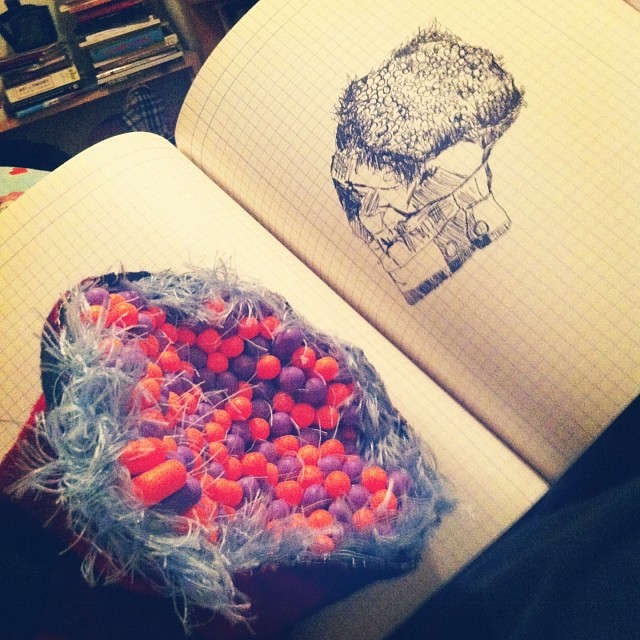 Watching him like this, he at the kitchen counter and me in my tree felt like watching a movie. There he was, illuminated and framed like the perfect moving picture. He was moving slowly over his work.  He had a plastic cutting board and it was covered in a color more beautiful than blood.  Perhaps it was the blood of one of his classmates.  Maybe he was cutting up a body so it would fit in a barrel of acid. Anyway, it was more magenta than red and whatever it was he was rolling it over and over in his hands.  He was pushing off a soft skin with his fingers and the juice of the thing was leaving pink in the lines of his hands.  He did this to three objects before I identified his work as beet salad.  He had boiled the beets.  I typically roast them in tinfoil.  And had them each peeled and lined up on the stained cutting board.  It wasn’t until he was chopping the things that I realized he was visibly upset.  Not quite crying but withholding with a furious intensity.  He was chopping slowly and would take frequent breaks to stare at the knife and then he would shake himself back to his chopping.  From whole to half to diced to pulp. 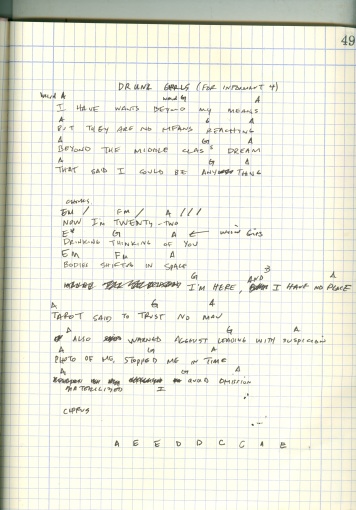 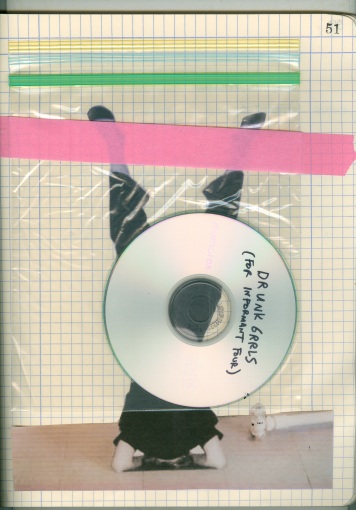 It’s strange to see someone at their beginnings.  Young and driven by hope.  But his flame seemed to be burning out right there in front of the beets.  And all of a sudden I had decided that he was mine.  He was my responsibility now.  I was the mother of his burden and I wouldn’t let him hurt anymore.

When I was in elementary school, my mother would let me stay home on what she called mental health days.  These were days that I was so lonely that I couldn’t stand to be around other people.  I hadn’t remembered my mental health days until I had climbed that tree to watch Informant 5.  But there in my tree, I had remembered.  I had remembered the smell of the air in my bedroom after being under the covers for a while.  I remember feeling the loneliness like a scream in my throat.  I remembered my mother and her failed attempt to cheer me up on Valentines Mental Health Day.  She had made a care package for me some candy and a card.  She left it on our front porch and when I found it the card read “With love, Your Secret Admirer.”  When I discovered the gift had been from my mother I felt pitied and more alone than before.  But I never told her because I wanted my mother to believe that she had done a good thing. 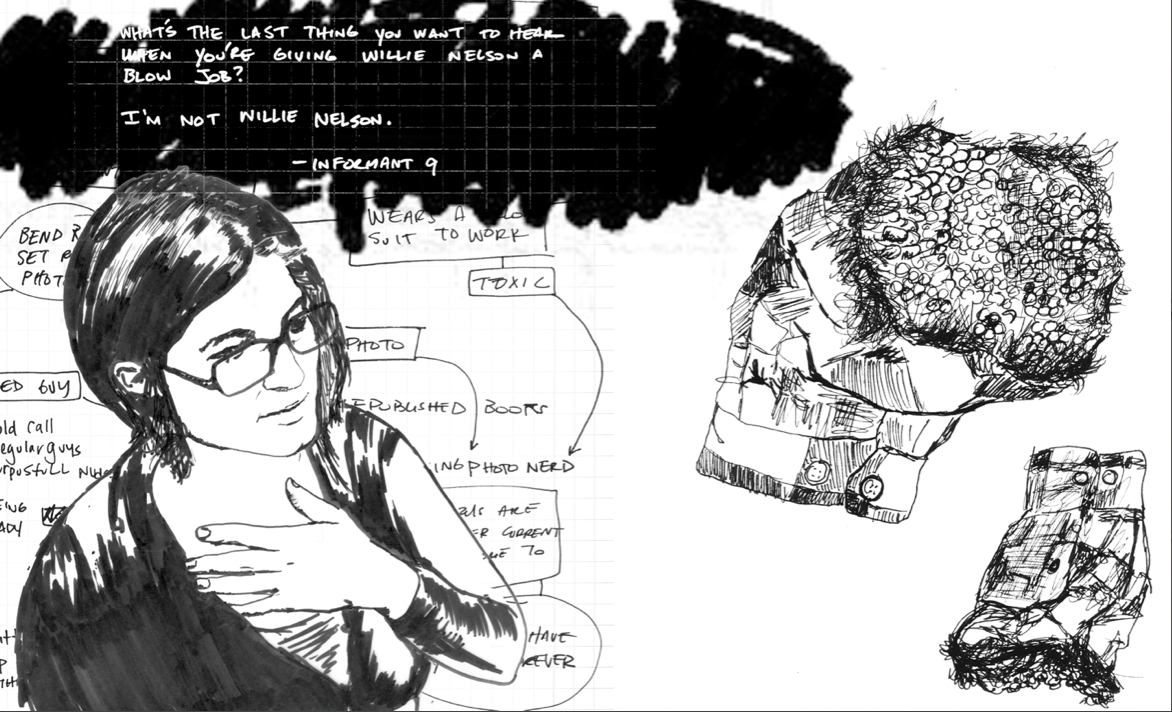 Informant 5 was standing at the window could he see me? He wasn’t looking at me.  His gaze was shallower but I still didn’t’ move.  He was looking at his own reflection.  He smiled big showing all of his teeth.  They were white and they were beautiful.  He retracted his smile and his eyes went dead.  Glazed over with a sort of paraplegic stare chunks of beet pulp oozed from his mouth.  I could see him pushing beet through his teeth.  And watched as it fell from his chin to his chest to the floor.  Then he broke.  He laughed and a little fuchsia chunk hit the window.  He wiped the beet pulp from his face.   He was a good boy. 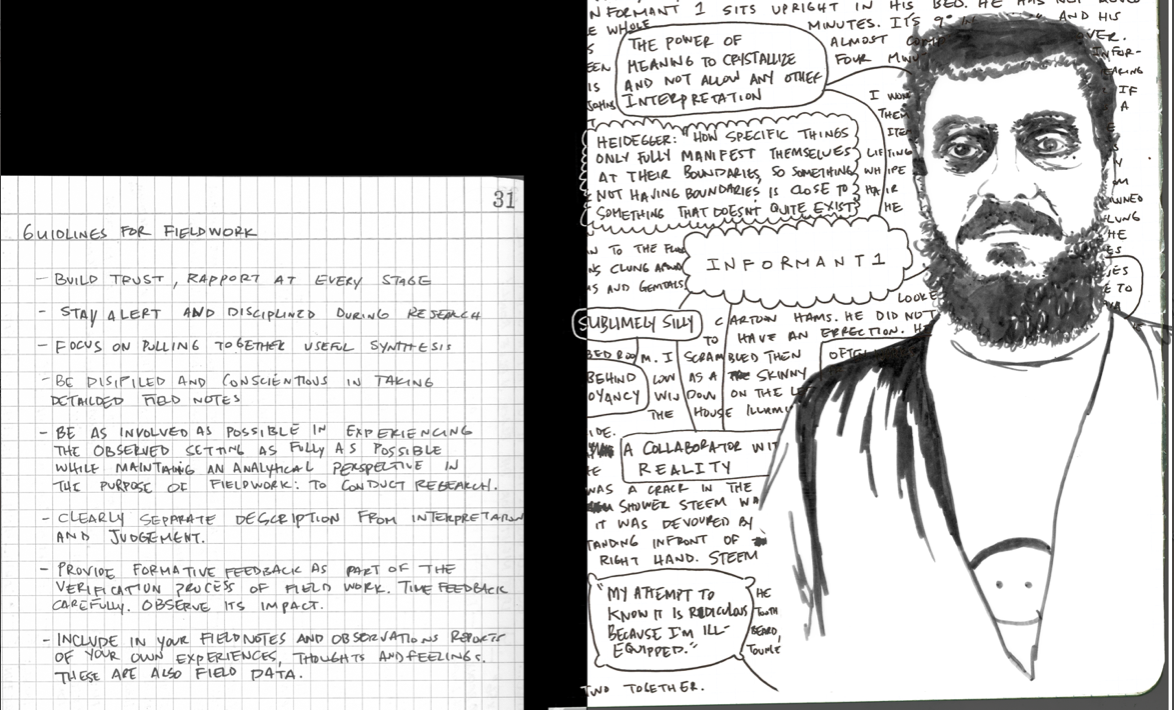 My week of observation in NYC was informative. The NY informants seemed happy, busy but happy.  In many cases, they’ve made it.  Some holding multiple jobs.  Most ending their days with friends in a dark bar or a good book.  Each informant works an average of 52 hours per week.  Not including their artistic practices.   Informant 3 a painter takes long baths around 2 AM.  She spends oh I’d say 77% of her time in the tub looking down.  It wasn’t until I returned home to sit in my own bathtub that I discovered what she was looking at. 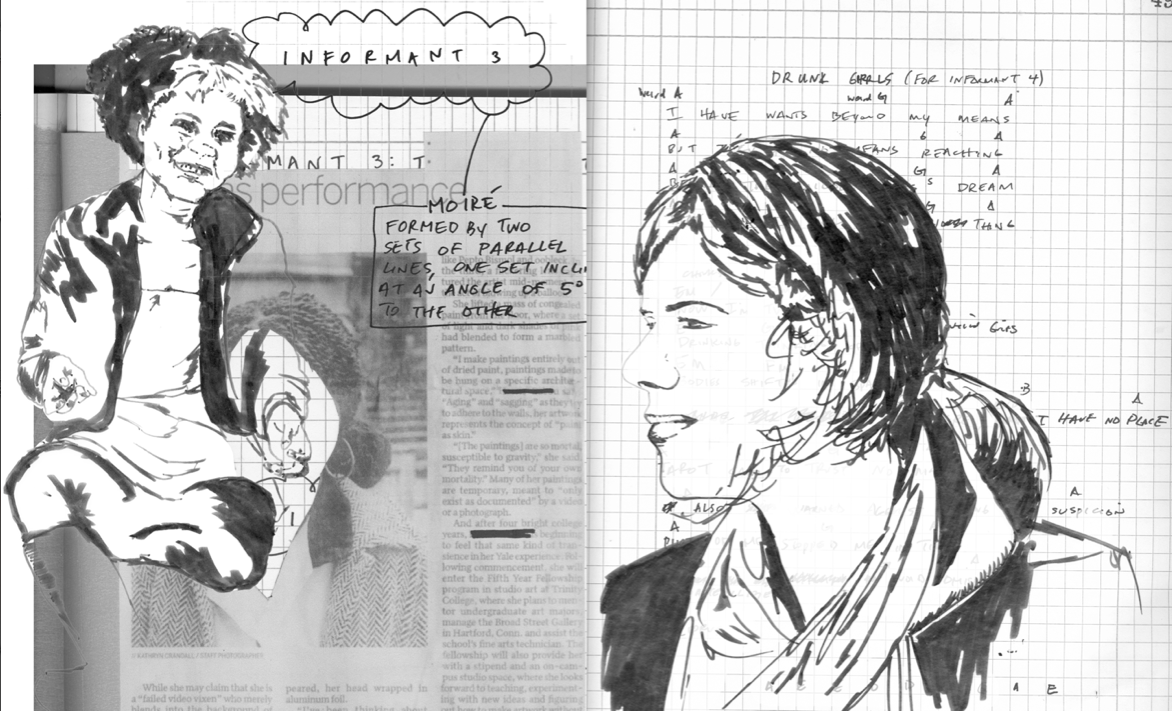 I assumed she was looking at her body actual naval gazing but her other actions the way she pushed paint around with her hands rather than using a brush how she steeped her tea in a tiny white pot with a gray tea cozy made to look like a tiny sweater these actions were not congruent with naval gazing.  Another time I watched as informant 3 rushed to catch her train.  I was sitting at a Starbucks near a subway station still tired from watching her stare at bathwater until 3 AM.  Typically I sit and wait for her to walk by, then follow her down to the L train.  I love to watch the informants morning commutes. 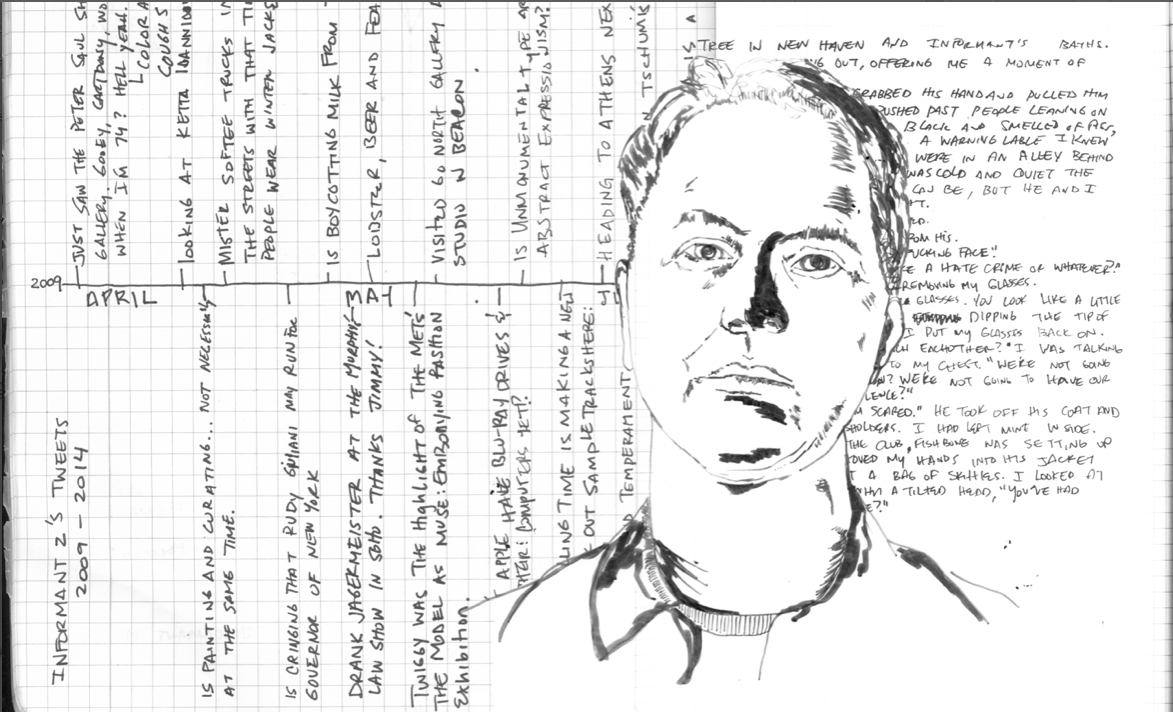 They are both tired and most alive on the train.  What’s nice is that informant 2 also takes the L into Manhattan. Sometimes even informant 4.  By magic or habit, they all pick the same car and they never notice one another.  In Starbucks, I almost choked on my lemon loaf.  Somedays I allow myself treats.  Informant 3 rushed by the window where I sat.  She was carrying several bags.  My painter is the most beautiful bag person in NYC. 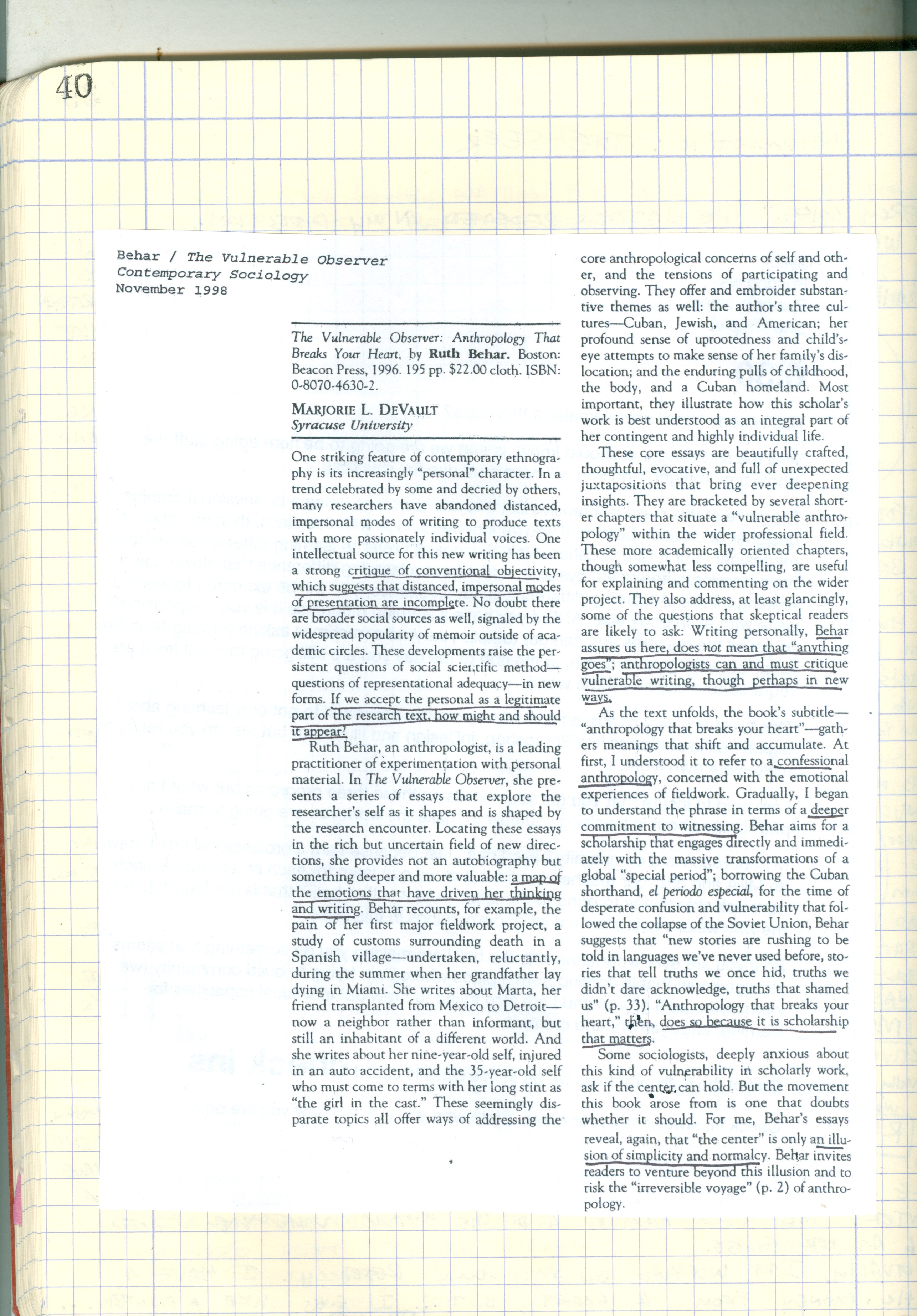 I hurried out the glass doors following her closely but being careful not to spill my coffee. Something fell out of her smallest bag.  I grabbed it.  But I couldn’t give it to her as that would disrupt my study.  I thought I could leave it in her house.  Then when she returned home thinking all day that she had lost it, she would see it lying on her bed.  Maybe she would call herself silly for worrying about it all day.  But then she’d forget and be happy to have it again.  And I’d be an antibody, a silent hero doing her silent work. 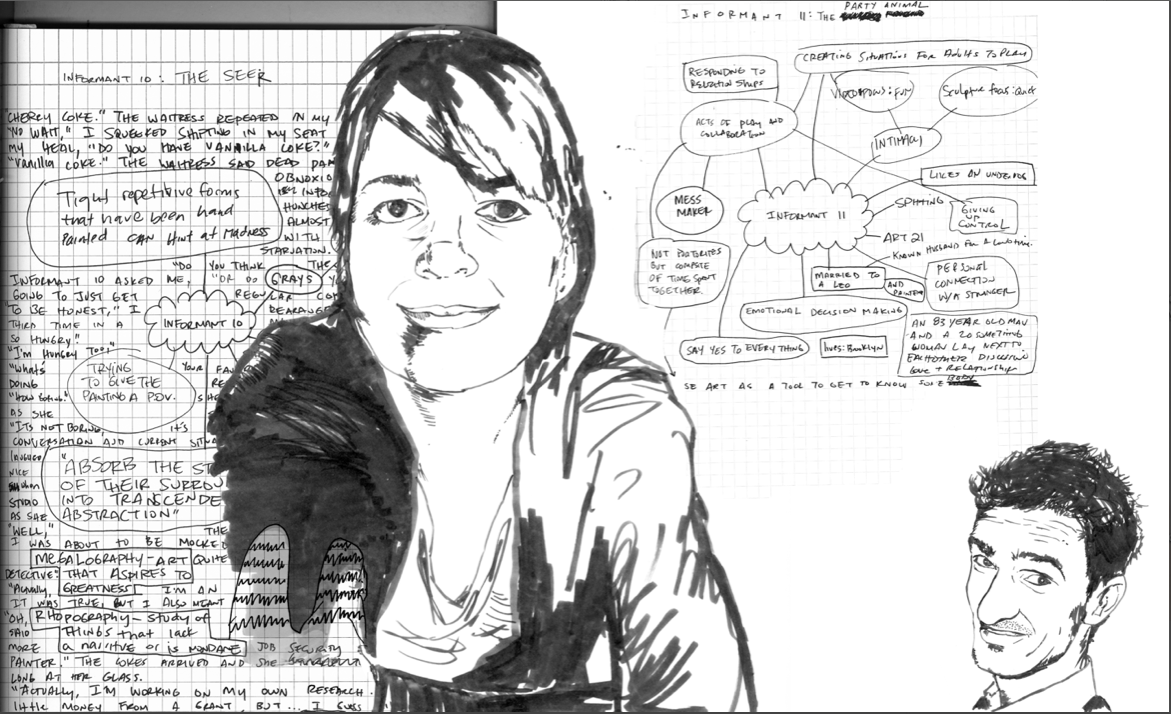 “Thank you, “ she rushed.  “I am one of those wannabe organized people.  That’s when I have all these bags”

“Bags” I’ve watched her for days now I know what her sneezes sound like and all I could say was bags.

“Thanks, I gotta go” She grabbed it from my hand and disappeared into the subway.  Did we touch? Our interaction plagued me my whole ride home.  She paid attention, she wasn’t a navel gazer.  So what was she looking at those nights in her bathtub?  I set up a little wooden plank in my bathtub.  I have a ½ tub really.  A claw foot tub the size of a baby’s coffin.  In graduate school I had started a woodworking project I never finished.  But kept all the parts to.  One piece of wood fits perfectly across the bathtub making a table of sorts.  I’d write a novel in this tub office.  Then I would be contributing to something rather than just watching, taking.  The bubbles in the bath had thinned out.  Stuck to each other side by side hovering across the surface of the water.  They made a fractal pattern.  Where did they start and end?  And then it hit me.  She wasn’t navel gazing she was looking for patterns in her own bathwater. 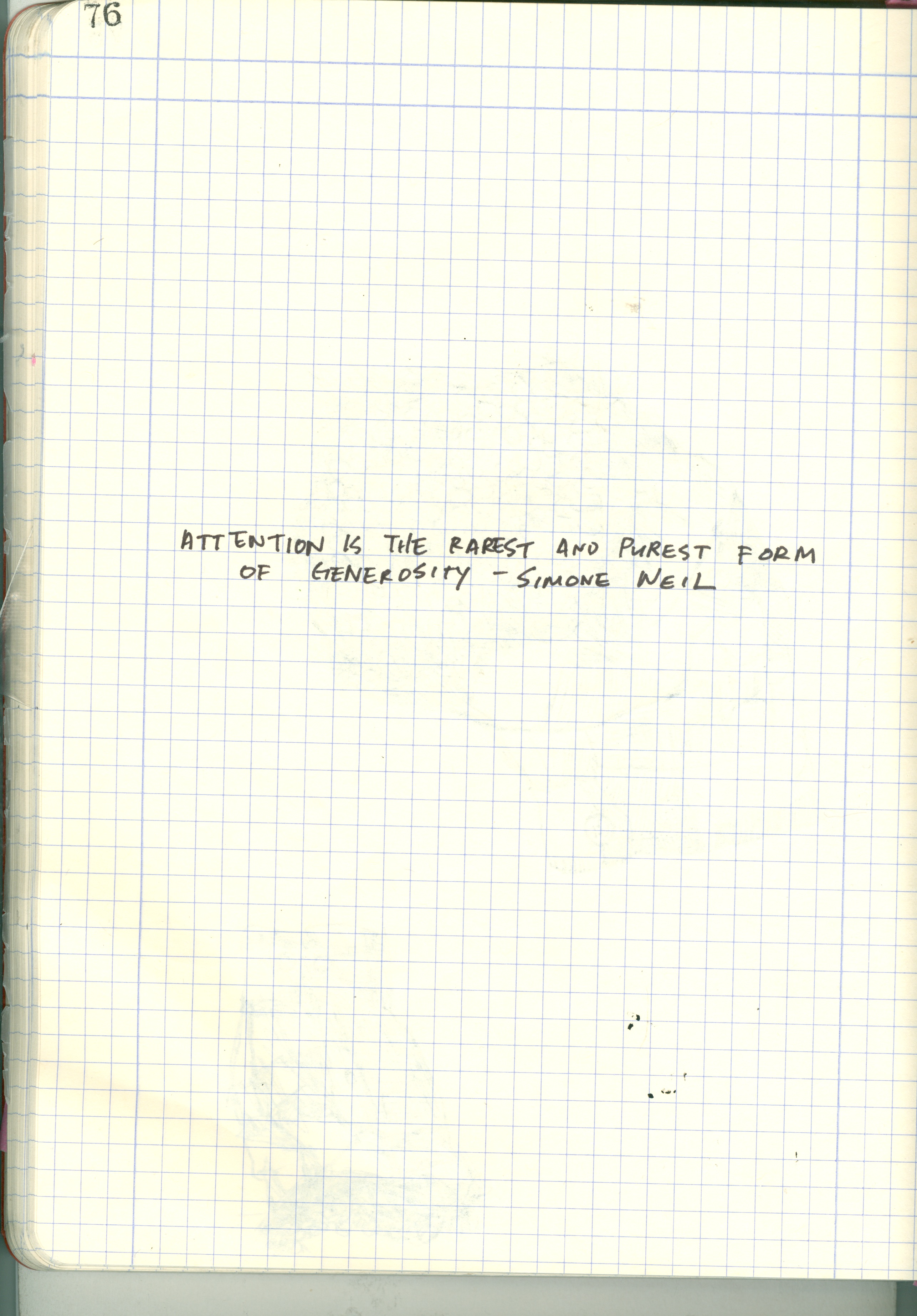